If you have one or more co-hosts or have in-studio guests then you may be interested in adding a headphone amplifier into your podcasting studio.

A headphone amplifier will allow you to have multiple headphones, each with individual volume control. There are many options available from simple audio split cables to more elaborate equipment like this one…

The Behringer Powerplay HA6000 is a professional Headphone Amplifier that will fit into your Audio Rack system. I have the MDX4600 (hardware compressor, limiter, and gate) in my podcast studio. The HA4700 would fit nicely inside an audio rack with my MDX4600 but I decided to go with a more portable headphone amplifier.

The ART HeadAmp4 is a  four channel headphone amplifier that allows multiple people in your podcast studio to hear the action as it is recorded! 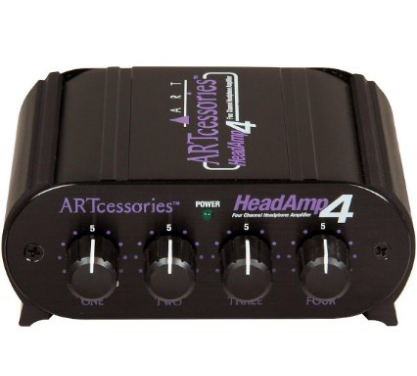 Everybody has different volume preferences when monitoring audio. Some people are hard of hearing and need a higher volume level. Others are sensitive to audio and would prefer a lower volume level.

The best practice if for all participants to have their own volume control for monitoring recorded audio.

On the front of the HeadAmp4 you have 4 volume control knobs that allow each podcast co-host and guest to control their own levels.

Each headset has its own audio specifications and some will deliver louder audio than others. If you use an audio split cable without individual volume control then some of your headsets will sound louder than others. The more times you split the audio the less volume is available per headset.

Do you need a headphone amplifier in your podcast studio?

When I started podcasting with the Health Empowerment News show I sent the audio from the Phones Jack in my mixer to my co-host while I monitored the audio going into my Tascam Digital Recorder. This worked for us at the time. I needed another solution when I started another show that was more technically demanding.

The Bunker Project was a podcast that pushed the limits of the equipment we were using.

We recorded on location in the back of a bar in downtown Vancouver, BC. The Bunker Project was a Meetup Group, a Google Hangout Show and a Podcast.

We set up a mini studio in the back room of the pub and had up to 30 guests in the room at a time. We had 8 regulars who attended every episode and we wanted as many guests as possible to have a headset so they could hear the show as we recorded it.

By wearing a headset it encouraged better mic technique because they could hear the volume drift off if they pulled away from the microphone. But it also made the experience more authentic and fun. 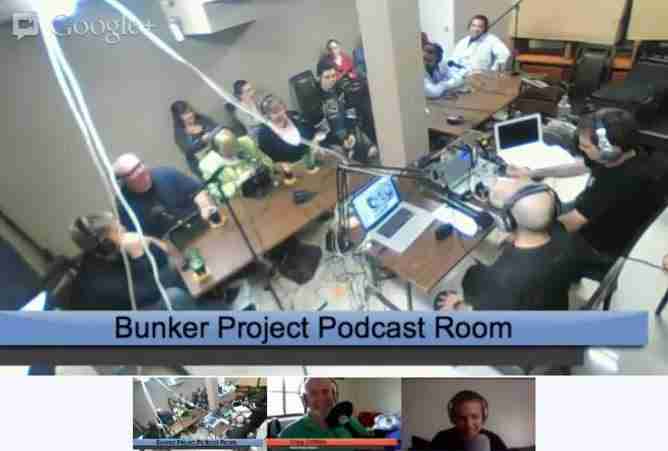 At The Bunker Project we used two ART HeadAmp4  Headphone Amplifiers and we pushed them to their limits.

We had 7 or 8 headphones attached to each amp but we never had any issues with them. 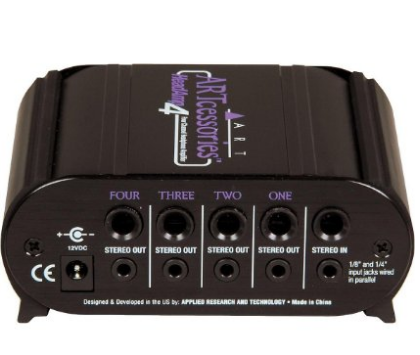 The HeadAmp4 has a power supply input, one stereo input and four stereo outputs.

We used both outputs on each channel for a different headset. This doubled our available headsets.

With two headsets per channel, both headsets shared one volume control. 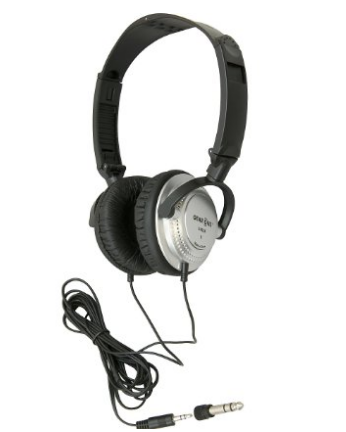 This package is a great value for the money.

Even if you and your co-host already have high-quality headphones it is nice to have extra headphones for your in-studio guests to use.

The headphone amplifier input should be connected to the mixers line out so that each podcaster can hear themselves, each other and any sound effects or voice mail feedback you play while recording. The HeadAmp unit has a volume control knob for up to four headsets. It can be driven by either line-level or headphone amplifier signals.

The included G40DX headphones have a lightweight and comfortable design and they collapse into a small folded form factor for storage and travel. The headphones are fully adjustable and have an 8′ cable with a 3.5mm stereo jack. A 1/4 inch adapter is also included.

Not every podcast studio needs a headphone amplifier.

If you only do a solo show or connect with people via Skype, Blab or Google Hangouts then you won’t need a headphone amp in your studio. But if you have multiple in-studio co-hosts and in person guests then it is a must-have piece of audio gear.

Even if you are podcasting with one co-host and an occasional in-studio guest, a headphone amplifier is a great piece of gear to add to your collection.

Do you use a headphone amplifier in your podcast studio? Let us know your preferred gear in the comments below! 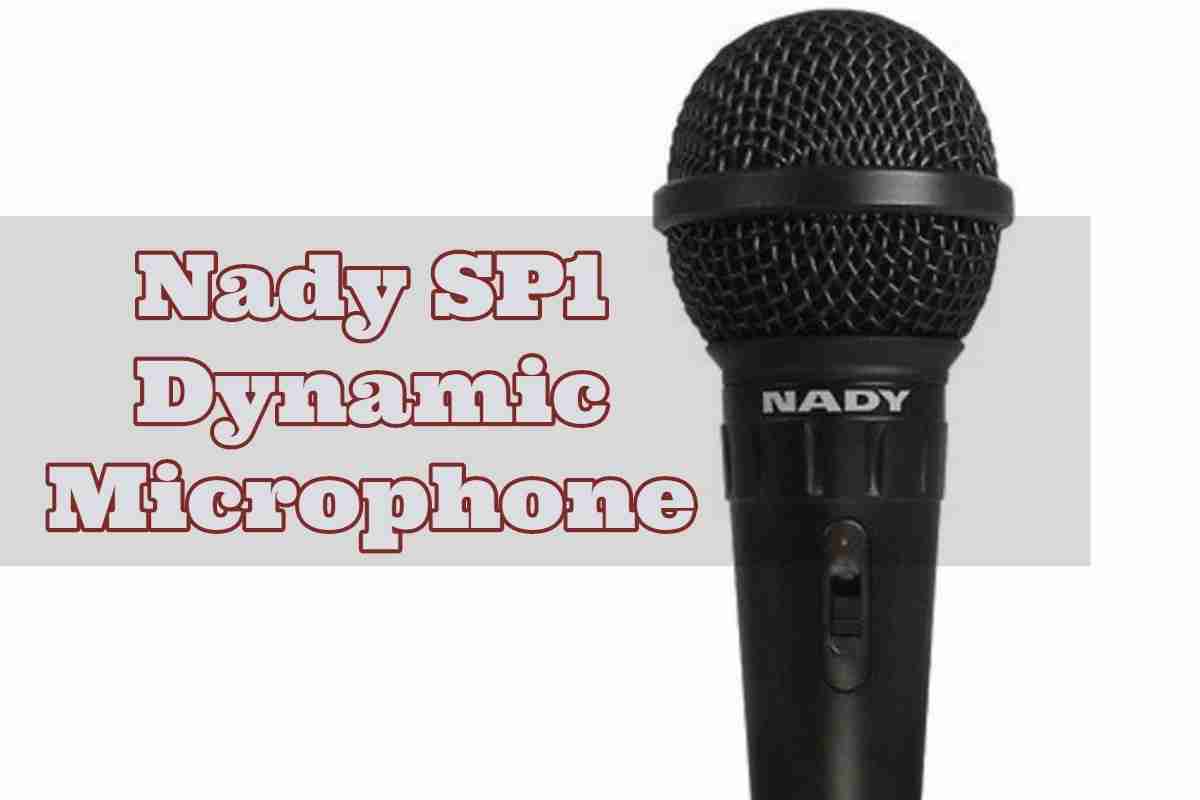 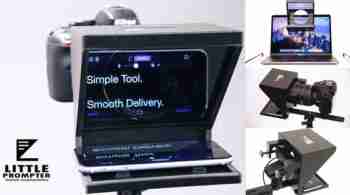 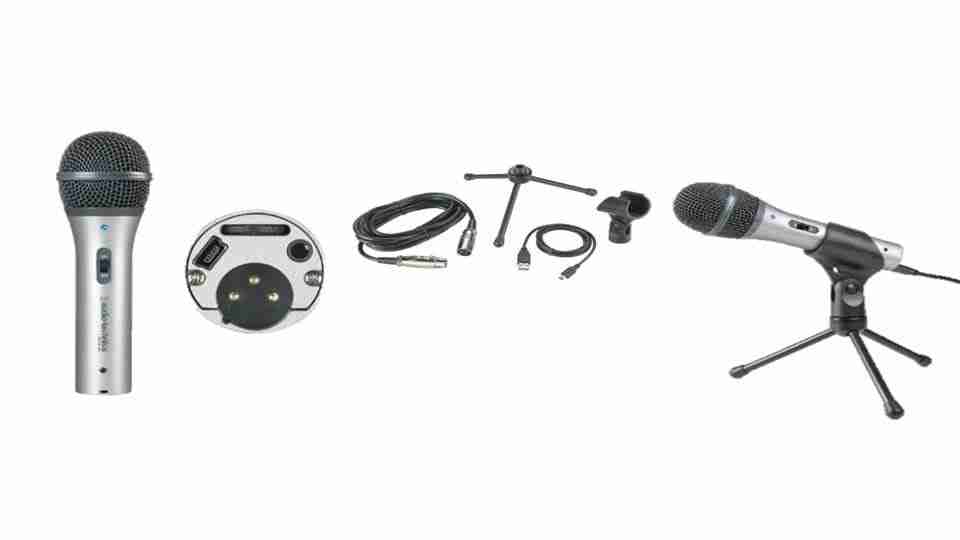 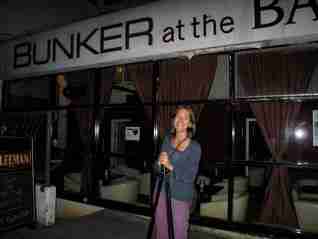