Bonniefied: How to Build Online Influence?

Summary: Bonnie was named number 13 in the top 20 Social Media woman influencers AND number 28 in the top 50 social media influencers. We have a couple voice mail feedback comments congratulating Bonnie and asking how to build online influence. Marcel also calls into the show to say hi.  Bonnie and the rest of the Mavens talk about how to build influence on the internet.

Show 135 – Bonnie is Bonified and How to Build Social Media Influence.

Round Table Intro Question: Name, Twitter Handle and what are you doing to build influence online?

• Andrew is curating content he finds in RSS Feeds and the Zite App and uses analytics to see what types of content his followers like and he gives them more of it. He is also doing some podcast equipment reviews and blogging more about mobile technology as well.
• Bob is putting out information for free. Some of the research he does for clients he puts out there for others.
• Geoff is working on creating comic strips for businesses to use as advertising or promotional material. He is involved with Behance which is like Linked In for artists which have worked out well for him.
• Randall concentrates on Facebook, Twitter and Linked in and puts out a daily tip on each site. The tips are different on each platform so he isn’t blasting the same thing across platforms. He also blogs three times a week on his blog.
• Margaret is using social media to put out really raw and relevant content out there. She has two web shows she is co-hosting and is continually learning how to optimize her usage of Social Media.
• Bonnie said the numbers are important. She said they have to be real people and you have to engage with your followers. It is also all about content, content and more content. Andrew asks Bonnie if Scribe is worth the money?  Bonnie has it and she said it is totally worth it. For beginners, SEO by Yoast is a good option. For more advanced bloggers Scribe is great.
• Earl works at an industrial filter bag manufacturing company. He is very interested in Social Media and Podcasting because his friend got him into podcasting. The first podcast he got into was the Joe Rogan show. Earl is a big Reddit user. Earl likes to write lots of in-depth posts… Andrew asks if he is a Reddit Troll?  Definitely not. We talk about podcatching software. Earl used to like Pocket Casts but after an update, it had too many bugs and now uses Beyond Pod. Bob uses Dogcatcher and Andrew still loves Pocket Casts for iOS. Earl has a cool new blue camera and an adapter to send images to his phone or tablet.
• JJ is a political cartoonist and political columnist for The Huffington Post and political commentator for CTV.  Andrew asks JJ what he thinks about Justin Trudeau? And who is the Ron Paul of Canada? JJ had a spat on Twitter with Elizabeth May. With Social Media, it is easy to engage with the politicians publicly. Geoff says in the past this kind of interaction would never happen before Social Media.
• Ken spends almost all of his Social Media time on Google +. What he likes about Google + is the level of engagement with high powered people. Linus Torvalds asked for advice and Ken was very happy to be able to offer advice to him.
• Earl said Tim Ferris always asks general questions on G+ and he gets tons of responses.
• Did Marcel call into the show to ask a super fun tech question? Aren’t cell phones good? Are they pretty good right? 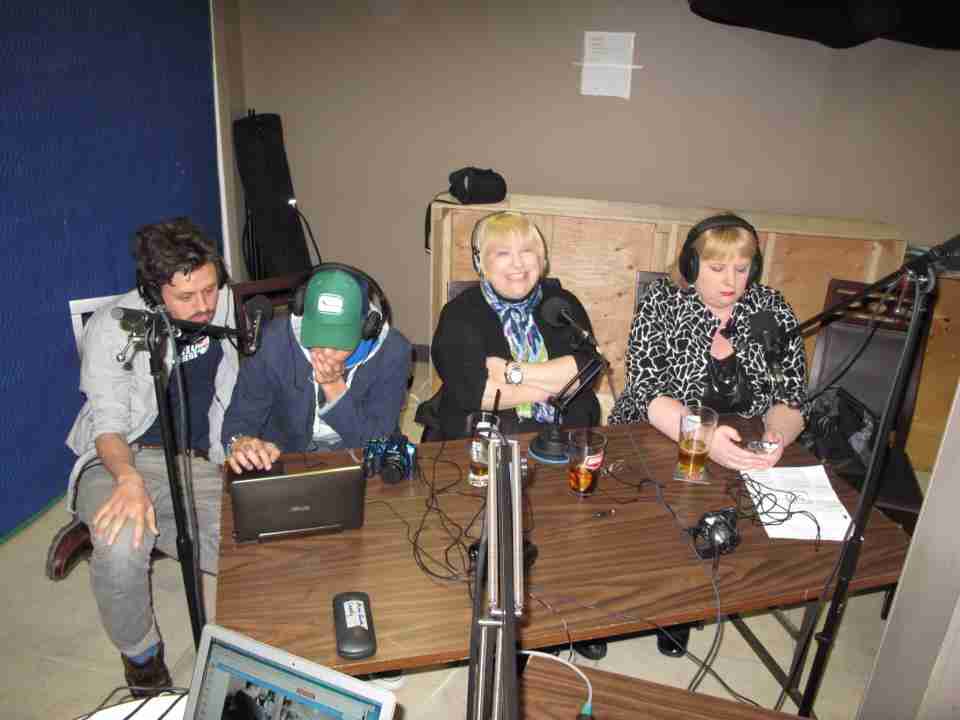 Bunker Project gets a facelift:

• New look here at UncensoredSocialUnderground.com
• Meetup plugin was added so people can see the next Meetup right from the Bunker Project. Very Cool.
• Testimonials Plugin which puts testimonials in the sidebar
• And the Social Lockers plugin locks the extended show notes and requires a tweet, +1 or like to open the content.
• Bonnie doesn’t like being forced to share in order to get the content. She will ALWAYS Tweet if she likes the content and she will NEVER Tweet if she is forced to.  Geoff agrees that it is a good idea to have a summary and a long-form format for readers to choose. But not to force them to Tweet.
• Bob says people don’t read the show notes they listen to the show to see what kind of crazy stuff is going to happen. Who is going to fall over drunk this week?
Okanagan Spring Brewmaster Black
We talk about how good the Black Beer is that we drink at The Bunker Project.
We actually brought in the Head Brewmaster from OK Spring for an interview.
Listen to the interview here:  Introducing the Creator of Brewmaster Black!
Bonnie wants to talk about some Social Media #Fails next week. JJ says this really gets his goat!