The Heil PR40 is a recognized favorite among podcasters

The Heil PR40 is the podcast microphone of choice for a number of podcasters who podcast about podcasting. Definitely not an inexpensive mic, the PR40 is leaning towards the high end of a podcasters budget.

Made popular by well-known podcasters, Leo Laporte and Cliff Ravenscraft, the Heil PR40 is still a fan favorite.

At The Bunker Project podcast, Andrew McGivern uses the Heil PR40 as his primary microphone. Co-Host Bob Garlick uses the Electrovoice RE320 and the and the rest of the Bunker Crew are speaking into the Nady SP1 Starpower mics.

The Heil PR 40 represents completely new dynamic microphone technology designed for a wide range of professional applications such as sophisticated recording, live sound, and commercial broadcast. Producing the widest frequency range available in a dynamic microphone, the PR 40 outperforms most condenser microphones and can withstand huge amounts of SPL. At the same time, it maintains the 25 year Heil Sound tradition of superbly natural voice articulation. 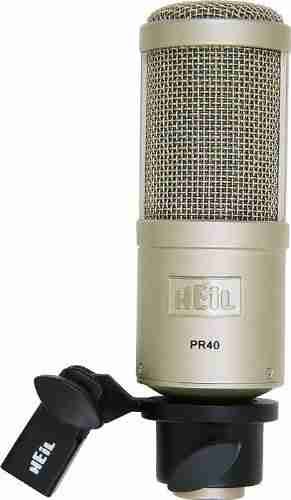 The Heil PR40 is a nice looking microphone. It actually has the appearance of a high-end broadcast condenser microphone.

One critique I’ve heard of the Heil PR40 is that it doesn’t produce a true sound. If you listen to podcasters that use the PR40 you will hear a deeper base sound in their voice than you get from other microphones.

The Heil PR40 comes with a nice protective case and a mount to attach it to boom arm or stand. 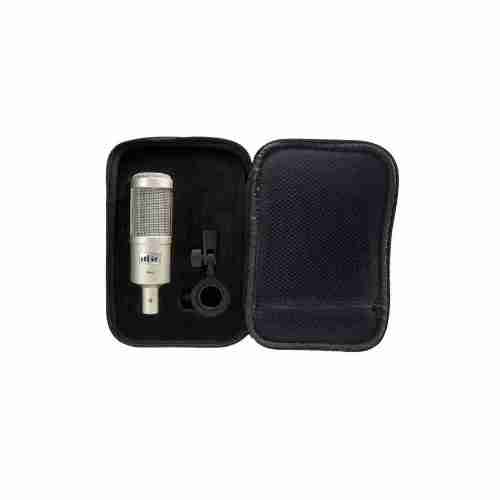 Selecting a microphone is a very personal choice.

Some people have a voice that is well suited to the Heil PR40.

At the end of the day, you should use a mic that you like, suits your voice and personality.

I’ve heard some podcasters call the PR40 a Vanity Microphone.

A vanity microphone is a microphone that podcasters use for ego or self-image purposes.

They argue that the PR40 produce a similar sound to microphones like the Audio Technica ATR2100  which are much less expensive.

This viewpoint states that anything above a subjective relative price is unnecessary and therefore a vanity purchase.

The PR40 has some original accessories you can order to compliment your new microphone. I recommend using a shock mount and boom arm while podcasting. It isn’t necessary but it is convenient. 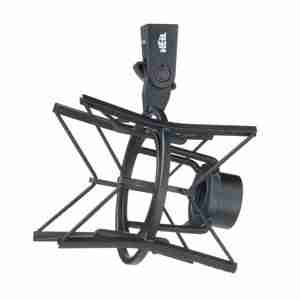 The Heil PR40 shock-mount prevents table bump or movement sounds from getting into your podcast audio. It is definitely a nice thing to have.

I’ve used my PR40 many times with and without my shock mount and I can say that it is worth the extra money. 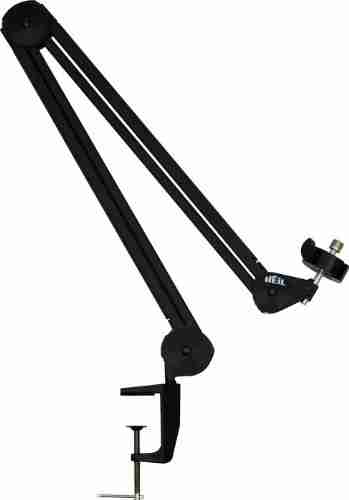 The Heil PL-2T is a good quality boom arm that allows you to move your microphone to adjust its position as needed while recording your show.

It works best with the Heil ShockMount to prevent unwanted sounds from invading your podcast audio file.

Simply clamp the Boom onto your desk or table attach your Heil PR40 and shock mount and you are good to go.

Amazon has a great deal right now on a Heil PR40 bundle which includes the Microphone, pop filter, boom arm and shock mount for a great price. Podcast Hero is an Amazon Affiliate and you can get the Heil PR40 deal here.

Build first… sell later… but do it right!

I recently read a blog post that outlined a niche marketing strategy that goes something like this: 1. Build a loyal community. 2. Then >> Sell them stuff. I am looking into this strategy and give my opinion on the right and wrong way to implement it.
more... 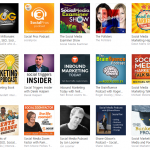 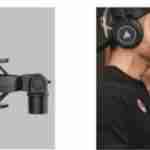