This episode of the Bunker Project is one of the funniest episodes in a long time. While recording it I thought it was funny and kind of messed up.

But listening to it a week later, I laughed my ass off.

This is Bunker Com!

HAPPY HALLOWEEN from the Bunker Show! 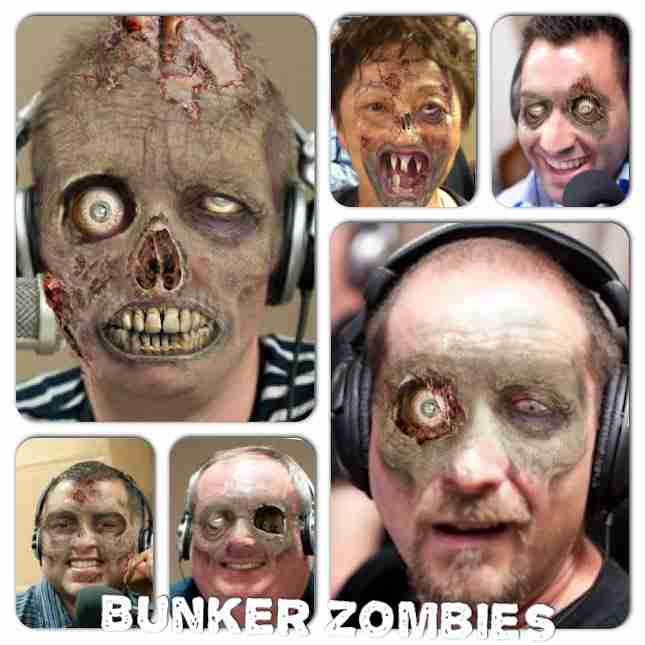 Show 112 – The Infinite is Possible at Bunker Com!

CAKE-ing Bad! This is the last week! If you want a fake Breaking Bad themed cake for your strange wedding:

3) Retweet one of the contests Tweets! Yay!

Personal branding is, for some people, a description of the process whereby people and their careers are marked as brands.[1] It has been noted that while previous self-help management techniques were about self-improvement, the personal branding concept suggests instead that success comes from self-packaging.[1] Further defined as the creation of an asset that pertains to a particular person or individual; this includes but is not limited to the body, clothing, appearance and knowledge contained within, leading to an indelible impression that is uniquely distinguishable.[citation needed] The term is thought to have been first used and discussed in a 1997 article by Tom Peters.[citation needed]

Personal branding often involves the application of one’s name to various products. For example, celebrity real-estate mogul Donald Trump uses his last name extensively on his buildings and on the products he endorses (e.g., Trump Steaks).

The Audio-Technica ATR2100 is both a USB microphone and an XLR microphone. It sounds great and can be used directly plugged into a computer or you can plug into your mixer. It has an audio jack built into the mic for monitoring.

A great starter mic for an aspiring podcaster. You can start with this mic and when you upgrade gear you don’t need to change your mic… 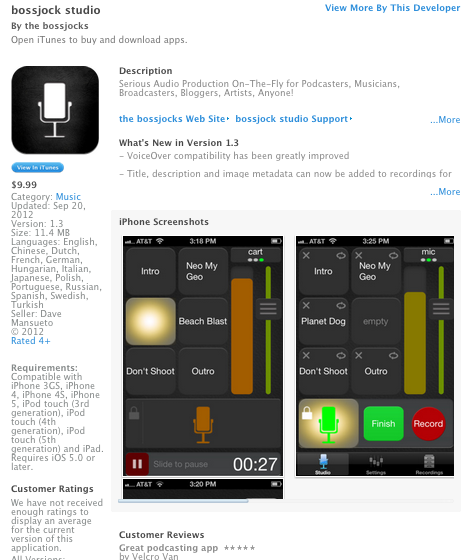 This app allows you to play intro and outro music with a 6 track cart system. You could put voicemail feedback, music, intros, outros on there. It has on-screen faders and it is impressive.

Andrew gives a quick demo using the old theme song from The Bunker Project to show what it sounds like.

Pretty cool… for $10 you get an all in one podcasting studio. Sort of.