The Bunker Project is brought to you by  Okanagan Spring Brewmaster Black. 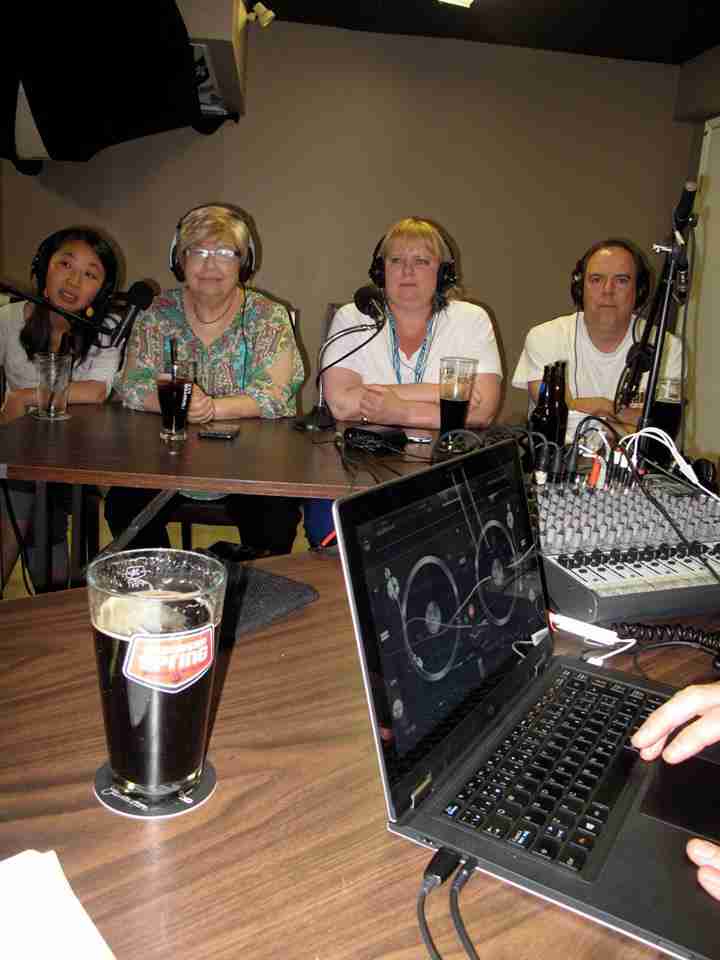 Name, Twitter Handle and Are you bummed out that facial recognition apps in Google Glass?

Bob starts off talking about Borderlands, a game that he downloaded this week and is addicted to it.

• Marcel says facial recognition will be coming and it will be crazy in a couple years.
• Paul says take what Google with a pinch of salt.
• Satomi isn’t sure about the Google Glass.
• Bob loves the idea of facial recognition because he remembers faces but not names and this would help with that.
• James said it could be used for good or evil…
• Andrew said when camera phones came out people were initially freaked out about it and then became part of everyday life.
• Margaret said you can just drag a picture into a Google images search and it will bring up other like pictures so it could be done with a face.
• Kurt wants to know where you go to become registered dyslexia.
• Jane Doe doesn’t care for facial recognition.
• Randall says that facial recognition will be great at networking events.
• Margaret wants to know if there will be an MLM alert.
• Andrew said the bigger the front end load the more money you can make…
• Bonnie said her Google Glasses will need an upgrade in order to get facial recognition.
• Bonnie said she doesn’t see the difference between Glass having it and Facebook having it.
• Margaret said Glass is super inflated…
• Quote of the night – “We may love Norm… but we are not the Norm!”

• E3 – We now see what the next 10 years of gaming consoles will look like.
• James likes the XBox One… he said if you do a 360 you get ONE.
• James is going against the grain and says that the XBox One is positioned better for the future.
• PS4 is less expensive, XBox has better in home entertainment options.
• James thinks there is too much hearsay and we won’t really know until the devices are released in six months.
• The used game issue is a huge thing in the gaming industry. People won’t be able to sell their used games anymore.
• Everything is going digital and you aren’t buying the book… your buying a license to have the book in a specific medium.
• Marcel said when a DVD sucks you can buy them for cheap in the discount bin at Walmart. Is it the same for games?
• James said you could sell your account with all your games in it.
• We go over an article comparing the XBOX One and the PS4.
• Andrew sneaks in “Social Media is Bullshit” into the show again….
• Bob says “Get a life… play some games!”
• Bottom line… get both XBox and PS4!
• Marcel said when is James getting a podcast?

The current director of  Product Development is the former head of technology for DARPA.

• A wearable tattoo that will unlock your phone if you have it on.
• A vitamin that you can take will unlock your phone if you eat it.
• Google told Motorola to be patient and think big.
• Andrew explains what DARPA is…
• Marcel wants to know if the military has to take a special vitamin for their guns to work.
• The vitamin makes your entire body an authentication token… vitamin authentication.
• Marcel said this is the rise of the machines…
• My dog ate my phone passport

App of the week

Bonnie and Michelle were judges at Startup Weekend Vancouver.

Bunker Show on the road

Bob is a power user and has a high-end MAC PRO. And has been looking forward to a new MAC PRO for ages.
But the new MAC Pro doesn’t do it for him… very disappointed.
Bob goes on a major rant about the new MAC PRO.

The Norm Maven called in…

We talk about cell phone prices and whether we are paying too much in Canada.
Blackberry 10 rules!

Call Toll Free 1-877-636-1474 and join the conversation on the show…. Thanks to Okanagan Spring Brewery for sponsoring the show!

Check out @BunkerLive for tweets and upcoming show topics. If you want to make a comment or suggest a topic let us know.
Thanks to our new sponsor Okanagan Spring Brewery for sponsoring The Bunker Project. Brewmaster Black is the most popular beer at The Bunker Project and is our beer of choice.

Members will have the opportunity to participate in the Bunker Project Podcast which is recorded live at every meetup.
Hope to see you soon at The Bunker!